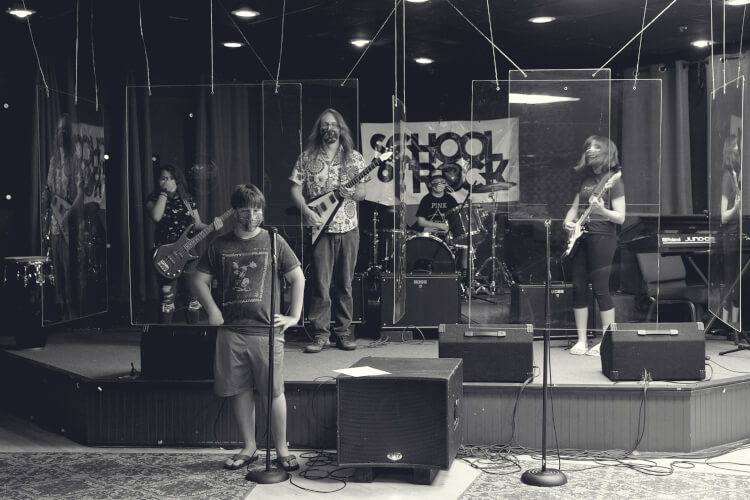 This was the Golden Age of MTV with artists like Blondie, The Cars, Duran Duran, Elvis Costello, The Go-Gos and Talking Heads.

New Wave is a catch-all term for artists who emerged from the first wave punk scene and achieved popular success in the late 1970s and throughout the 1980s. These acts – largely based in New York City, LA and London – reached new audiences through MTV and FM radio. Artists like Blondie, The Cars, Duran Duran, Elvis Costello, Talking Heads, Pretenders, Devo, Nick Lowe and The Jam will be heavily featured in this fun and diverse camp. Monday through Friday will be spent learning and practicing songs from the New Wave era, all culminating in a live performance. Great for students 7-18 years of age who have had some previous instruction.

A full refund will be offered on cancelled camps up to 15 days prior to the camp start dates. Cancellations within 14 days before camp are not eligible for a refund. The safety of our students is our top priority. If School of Rock needs to cancel a Summer Camp, for any reason, you will be presented with options including a full refund.