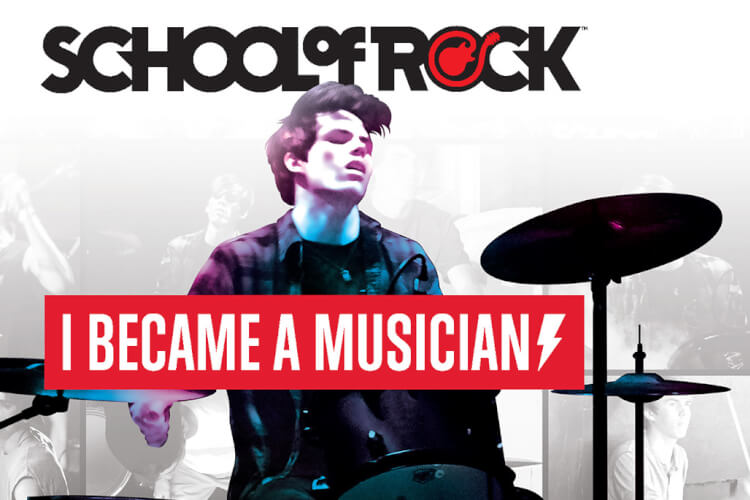 Our Fall Show Season is going to be an amazing one. As you're planning your back to school schedule don't forget to factor in the ROCK! We're offering seven shows including Pink Floyd, 90's Rock, Southern Rock, Emo, Teenage Stars, Beyond the Beatles, and Ozzy. Please find brief descriptions for each show along with rehearsal times and start dates below and get in touch if you'd like to join this season. In order to be included in the first round of casting your paperwork must be in by August 27th.

Nothing compares to Pink Floyd. They are definitely one of the most successful and influential bands of all time. Known for their elaborate live shows, profound lyrics, experimental sound, and epic long form songs, each member of the group demonstrated not only technical mastery but also brought their own innovative playing style to the band. Pink Floyd expanded the limits of Rock and were key in developing the sound of Progressive Rock. With 1973's Dark Side of the Moon and 1979's The Wall, the band created two of the most ambitious — and best-selling — albums of all time. They have sold over 250 million records worldwide and are in both the American and British Halls of Fame. The set list for this show will include highlights from their entire musical catalogue. Students who participate in the Pink Floyd show will have the opportunity to recreate the music and step into the soundscapes of one of the most legendary bands of all time.

The 90’s was a decade when a wide variety of genres and sounds were emerging in popularity. Everything from Ska and Skate-Punk to Singer Songwriter and Hard Rock was represented. The relatively new sounds of Grunge and Electronica also emerged. In the 90’s an abundance of artists were creatively expressing their individuality and angst in prolific ways. Of course, we’re going to be including iconic bands who headlined the Grunge movement like Nirvana, Pearl Jam, Stone Temple Pilots, Alice in Chains, and SoundGarden, but this show will include so much more than that. Other artists that we will highlight include The Red Hot Chili Peppers, Oasis, No Doubt, Radiohead, Hole, Beck, Alanis Morissette and Rage Against the Machine. The 90’s was an incredibly fertile time for Rock and we can’t wait to go deep into this decade of diverse and excellent music.

Free Bird! Right on the heels of the School of Country show this Summer we’re excited to offer the Southern Rock show! Southern Rock emerged in the 1970’s and besides lyrical themes expressing a strong sense of regional pride, the bands went in a lot of different directions musically. While some groups leaned towards Extended Jamming, Blues, and Country, others were more influenced by Jazz, Boogie, Soul, or Swing. Southern Rock bands often utilized multiple lead guitar and drum parts in their songs. The set list for this show will include songs by hugely popular and talented artists like The Allman Brothers, Lynyrd Skynyrd, ZZ Top, Lucinda Williams, Marshall Tucker, Tom Petty, The Band, Creedence Clearwater Revival, The Eagles, and The Dixie Chicks. This show will be an exciting exploration of this important branch of Rock and Roll with the Southern flair.

The style of Emo music is characterized by its melodic musicianship and expressive, confessional lyrics. Emo artists wear their heart on their sleeve and many songs have themes of loss, failed romance, and self-pity. Although it reached its peak of popularity in the early 2000’s, it began much earlier than that in the mid 80’s as a spin off from the post-punk scene. Throughout the remainder of the 80’s and 90’s this new style of music slowly gained more listeners and a growing underground following. The music also moved in a different direction than its post-punk roots. Bands like Fall Out Boy, Weezer, Jimmy Eat World, and Death Cab for Cutie provided a more radio friendly Pop-Punk style that expanded the Emo audience. At the height of Emo’s popularity bands like My Chemical Romance, Dashboard Confessionals, Panic at the Disco, The Used and AFI were leading the charge. Join us as we dive into the profound depths of Emo.

Since the beginning of Rock and Roll there have been those special artists who become famous in their youth. This show will feature songs exclusively by artists that hit the big time while they were still teenagers. The Classic Pop Stars: Justin Bieber, Taylor Swift, Britney Spears, Rihanna, and Miley Cyrus. The Current Masters: Lorde, Billie Eilish, Arianna Grande, Grace Vanderwaal, Shawn Mendes, and Ed Sheeran. The Blues Prodigies: Johnny Lang, Kenny Wayne Shepherd, and Stevie Wonder. The Cool Crooners: Rick Nelson, Brenda Lee, Paul Anka, and Donny Osmond. The Breakout Bands: The Runaways, The xx, The Donnas, and Arctic Monkeys. This is music by kids for kids and will include many contrasting styles and genres.

Ozzy Osbourne is a formidable force in the world of Heavy Metal. He was instrumental in creating the genre and his longevity and success over the decades has earned him the title of Godfather of Heavy Metal. Ozzy began his solo career in 1980 with Blizzard of Oz and the massive hit, Crazy Train. He has proceeded to release a total of 11 solo studio albums, seven of which are multi-platinum, giving him a total of over 100 million in album sales. Ozzy is also known for discovering great talent, starting with the amazing Randy Rhoads who went on to refine and define what would become the essence of Metal guitar. Other epic guitarists he has employed include Jake E. Lee, Zakk Wylde, and Gus G. In this show we'll focus on the epic material that makes up Ozzy's post Black Sabbath world.

While the Beatles were only active as a band for 8 years, the future projects and solo work of John, Paul, George, and Ringo extended for decades beyond that. In this show we’ll explore not only the hugely popular work of Paul McCartney’s multi-platinum band Wings, but also The John Lennon/Plastic Ono Band, George Harrison’s super group The Traveling Wilburys, and Ringo Starr & His All Starr Band. Of course, we’ll also delve into the multitude of solo material that each member created post Beatles. There is a TON of great music to choose from and this show will feature a wide variety of sounds and styles created by the talented members of one of the greatest bands of all time. Join us for an incredible journey Beyond the Beatles!