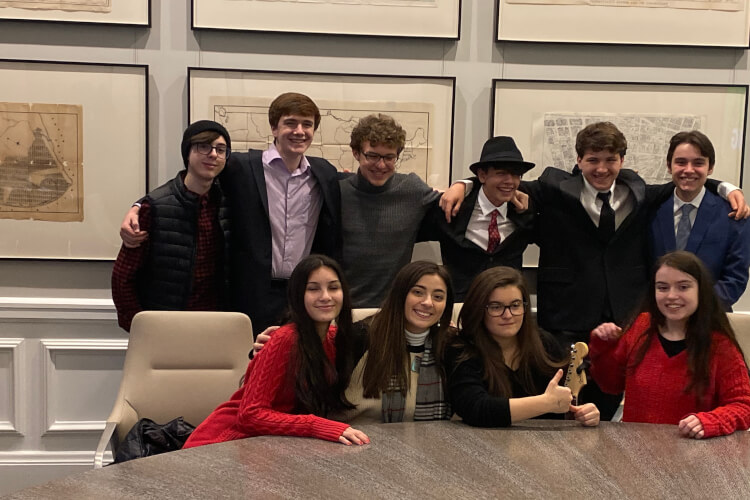 Last week, a group of students from Rockville Centre’s School of Rock had a chance to show off their talent on a large scale. Ten students from the school’s house band traveled to New York City to perform at the New York Stock Exchange’s 96th annual tree lighting ceremony on Dec. 5, where they treated the thousands of attendees to three Christmas songs. “It was incredible,” Monica Rubin, owner of the School of Rock said. “They gave us the rock star treatment.” The group was set up in the green room, where they were given food and beverages prior to performing. On stage, they performed Twisted Sister’s version of “O Come All Ye Faithful,” Trans-Siberian Orchestra’s “Carol of the Bells” and “Long Train Running” by the Doobie Brothers. The students, ages 13 to 17, are part of the School of Rock’s house band, which is a scholarship program that they have to audition for, under the direction of Dylan Cross. According to Rubin, they perform about 40 gigs per year. This was the first time the school has performed at the NYSE tree lighting, which was headlined this year by Dionne Warwick. Initially, the NYSE celebrated the holiday on its trading floor, but since 1923, it has erected a Christmas tree on Broad Street in front of its façade to celebrate with the community. “It was a really great experience for all of us,” Rubin said.