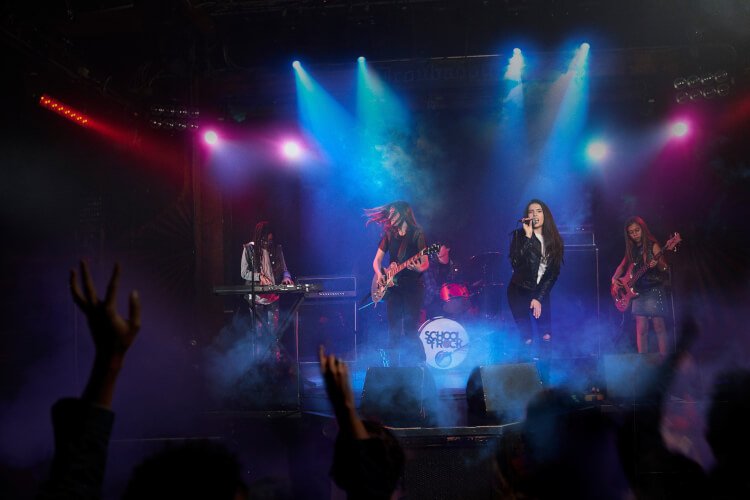 Weezer (commonly known as the Blue Album) is the eponymous debut studio album by American rock band Weezer, released on May 10, 1994. In the years since its release, the Blue Album has risen in stature to become one of the most highly regarded albums of the 1990s, appearing on many "Best-of" lists. In 2002, the readers of Rolling Stone ranked the album the 21st greatest of all time. Blender named the Blue Album among the "500 CDs You Must Own", calling the album "Absolute geek-rock, out and proud." In November 2011, the Blue Album was ranked number three on Guitar World magazine's top ten list of guitar albums of 1994. In 2004, PopMatters gave the album a very positive review, saying "I'd go so far to declare the 'Blue Album' one of the greatest records of the last 20 years."  Source: https://en.wikipedia.org/wiki/Weezer_(Blue_Album)

Jack White is most commonly known as the singer/guitarist of The White Stripes. However, he is also an acclaimed producer and songwriter. His solo work, and efforts in bands such as The Raconteurs and The Dead Weather, received commercial success and critical praise. Often overlooked as a guitarist, White's music features a true, garage-rock revival feel and is often very rhythmically complex. White values a minimalist style, and often records with older analog equipment and musical gear. A true visionary with a unique approach to rock music.

John Michael "Ozzy" Osbourne rose to prominence during the 1970s as the lead vocalist of the heavy metal band Black Sabbath, during which he adopted the nickname "The Prince of Darkness". Osbourne later went on to have a successful solo career, releasing eleven studio albums, the first seven of which were all awarded multi-platinum certifications in the United States. Osbourne has since reunited with Black Sabbath on several occasions. He rejoined the band in 1997 and recorded the group’s final studio album 13 (2013) before they embarked on a farewell tour which culminated in a final performance in their home city Birmingham, England in February 2017. His longevity and success have earned him the informal title of "Godfather of Heavy Metal". Osbourne's total album sales from his years in Black Sabbath, combined with his solo work, is over 100 million. As a member of Black Sabbath, he was inducted into the Rock and Roll Hall of Fame, and he was inducted into the UK Music Hall of Fame as a solo artist and as a member of the band. Source: https://en.wikipedia.org/wiki/Ozzy_Osbourne

Contact us today to learn about participating in one of theses shows, and our approach to music education at School of Rock.