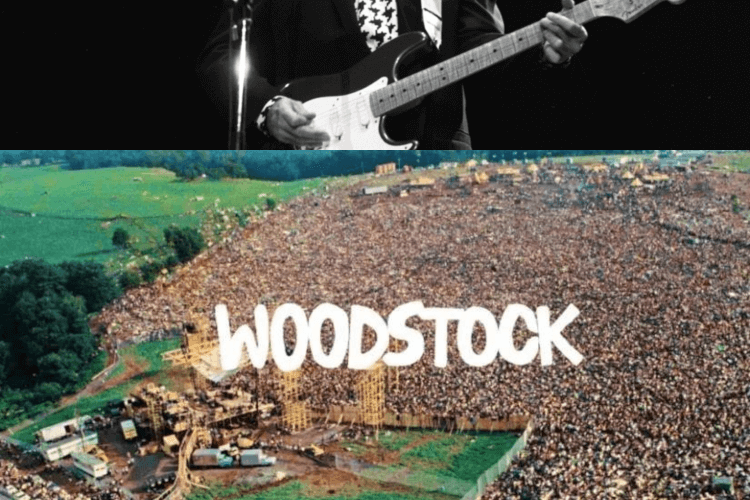 An estimated 400,000 people descended on Max Yasgur’s farm in upstate N.Y. for the Woodstock Music and Arts Festival held Aug. 15-18 1969. Widely regarded as an astounding pivotal moment in popular music history. The world never saw anything like it before.

This show will include the music from the original performers who were there like Richie Havens, Jefferson Airplane, The Who, Jimi Hendrix, Joe Cocker, Grateful Dead, Crosby, Stills, Nash, and Young, Santana, and many more. Cranking up sounds from folk, jazz, pop, soul, blues and rock influences, you will certainly get a taste of it all!

Watch: The original Woodstock movie (though all the great performances weren’t filmed). Listen to: ‘Freedom’ by Richie Havens; ‘Soul Sacrifice’ by Santana; ‘I’m Going Home’ by Ten Years After.

One of the greatest rock guitarists of all time. One could easily say he one of the true pillars of the School of Rock itself. The ONLY 3 time inductee to the Rock and Roll Hall of Fame and #2 on the Rolling Stone magazine list of the 100 Greatest Guitarists of All Time.

Clapton’s roots were very much in the blues as he shied away from the early pop scene that his first band the Yardbirds were headed in. He then joined John Mayall and the Blues Breakers. Immediately after leaving them he formed the power trio Cream. After Cream a short stint with Blind Faith and also Delaney, Bonnie and Friends. Then in early 70’s recorded what may be his most popular album Layla as Derek and the Dominoes. Years later soaring into a very successful solo career with 24 studio albums and 14 live recordings. Also many, collaborations.

Listen to: ‘Layla’,‘I Shot the Sheriff’ and Sunshine of Your Love’ by Cream.