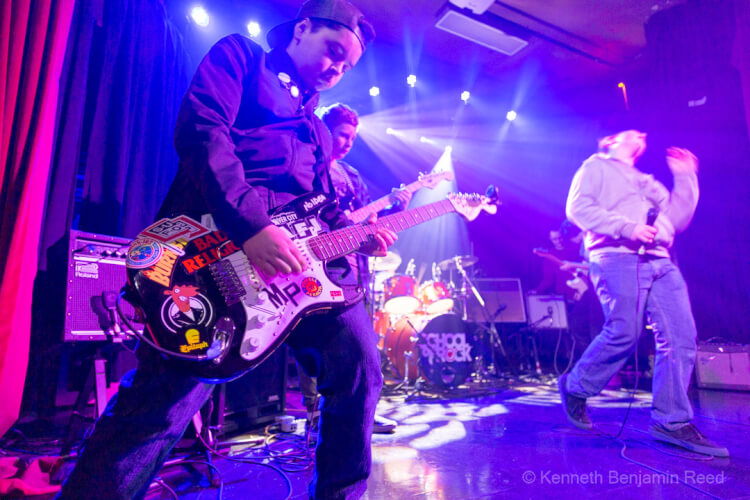 Summer Remote Recording
SoR Corp has added a major enhancement to our rehearsal check-ins. Starting in June, we can purchase music licenses so students can be cast on songs, record themselves playing their parts, and then have a full band recording that our students get to keep! Our Alt Rock show will have songs by alternative and grunge bands. Our Classic Rock show will feature classic songs from the 60s - 80s.
The Summer Season will run from June - July with a listening/video zoom party scheduled for the end of July.
Classic Rock Remote Rehearsal - Sundays, 2 - 3:30pm, Jared & Max - starts June 7
Alt Rock Remote Rehearsal - Wednesdays, 5 - 6:30pm, Adam & Wyatt - starts June 10
Video Projects
School of Rock has purchased the license to 38 songs by bands like Queen, David Bowie, Soundgarden, Red Hot Chili Peppers and the Beatles. We have the rights to create a video of each of the songs! Kids will work collaboratively on video/audio projects in this performance program. The more complex songs will be assigned to more advanced students. There are also many songs that are great for less advanced kids!
Video/Licensed Songs - Sundays, 11 - 12:30pm, Max & Wyatt - starts June 7
Songwriting
This program will meet each week where students will be taught the fundamentals of songwriting through fun group exercises and activities. Participating students will be collaborating with others and receiving feedback and support along the way as they work toward the creation of a complete song.
Songwriting - Tuesdays, 3 - 4:30pm, Adam & Alison - starts June 9
Rock 101
We will continue to have a remote Rock 101 rehearsal over the summer! We plan to include more video and audio projects as well as some original songwriting.
Rock 101 - Wednesdays, 4 - 5pm, Wyatt & Chas - starts June 10
Rock 101 - Thursdays, 5:30 - 6:30pm, Jared & Chas - starts June 11
Adult Rehearsal
Our Adult Rehearsal has been focusing on our licensed songs and will continue to explore remote recording this summer season. We will have a listening party at the end of the season. To be determined by the band!
Adult Rehearsal - Mondays, 8 - 9:30pm, Peter LeClair - starts June 8
Please send an email to lakeoswego@schoolofrock.com if you'd like to join any of our rehearsals or if you have questions!