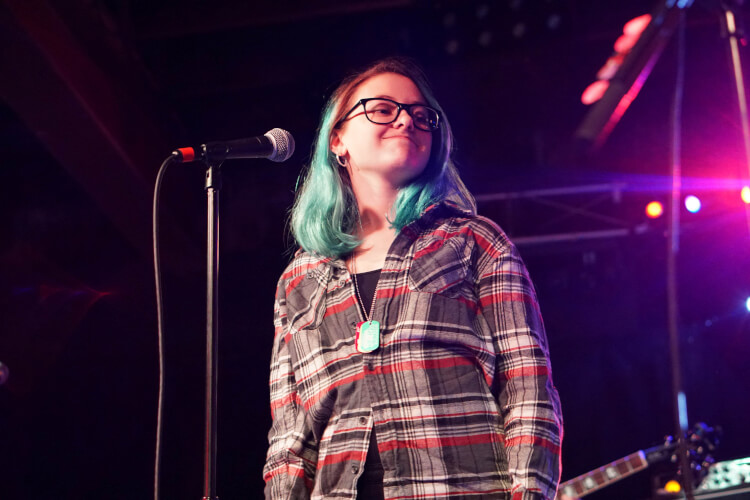 Amplify your child's summer with our Summer Seasonal shows!  Students are assigned songs and parts that are tailored to them based on their age, experience, and ability to learn new skills and concepts. Students then work through their parts in weekly private music lessons, and refine the skills and concepts that those songs introduce.  Every few months, Performance Program students take the stage and play at local music venues in front of a live audience.

READ BELOW TO SEE WHAT WE'RE OFFERING THIS SUMMER!

Get in your car and head to the drive-in, we're Rockin' the Movies with Rock 101! We'll be playing our favorite rock tracks from some of the greatest movies ever made. Don't forget the popcorn!

From the beginning of Rock ‘n’ Roll in the 1940’s and 1950’s to the introduction of its sub-genres, this show has it all! We’ll be exploring the entire history of the genre, starting from Chuck Berry and moving towards today’s rock and roll.

Let’s get brütal.  is a genre of rock music that developed in the late 1960s and early 1970s, largely in the United Kingdom. With roots in blues rock and psychedelic/acid rock, the bands that created heavy metal developed a thick, massive sound, characterized by highly amplified distortion, extended guitar solos, emphatic beats, and overall loudness. Heavy metal lyrics and performance styles are sometimes associated with aggression and machismo.

The Coachella Valley Music and Arts Festival (commonly called Coachella or the Coachella Festival) is an annual music and arts festival held at the Empire Polo Club in Indio, California, in the Coachella Valley in the Colorado Desert. It was co-founded by Paul Tollett and Rick Van Santen in 1999.  Coachella showcases popular and established musical artists as well as emerging artists and reunited groups. It is one of the largest and most famousmusic festivals in the United States and the world. Coachella's success led to Goldenvoice establishing additional music festivals at the site, including the annual Stagecoach country music festival beginning in 2007, the Big 4 thrash metal festival in 2011, and the classic rock-oriented Desert Trip in 2016.