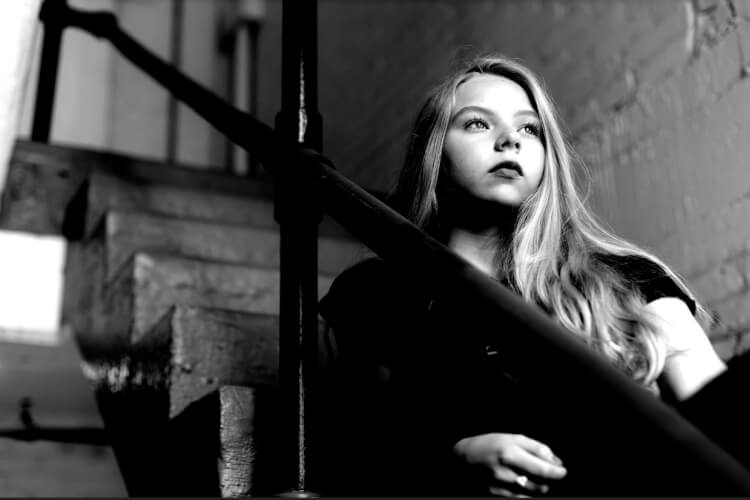 CLEVELAND, Ohio -- Cleveland singer-songwriter Lydia Briggs is only 16 years old but she already knows that she wants music to be a big part of her life. The teen musician is determined to seriously pursue songwriting.

“I want to do it as a full-time job. That would be ideal,” she said. “I also see it as a hobby … It’s definitely something I think will be in my life. Music is a life journey. No matter where it takes me, it’s something I want to do all the time, because it’s so important to me.”

Briggs is already off to a good start. The musician has put out four singles this year that she worked on with Jim Wirt (known for his collaborations with Incubus, Fiona Apple, Something Corporate and Hoobastank). She’s also released colorful music videos and performed at venues and bars in Cleveland -- all on top of being a full-time student at Hawken School in Cleveland.

It all started over a decade ago, when Briggs started playing the piano at age five. She worked with a classical piano teacher, and later a jazz piano teacher who encouraged her to write her own music at the age of 11.

“I always wanted to write songs and be a singer-songwriter, but my jazz piano teacher was the one who inspired me to actually do it," Briggs said.

Today, Briggs is releasing her newest single, “Silver Rings.” The song was inspired by one of Brigg’s close friends. She said it’s one of her few happy songs; most of the songs she’s written sound sad.

“I was going through a dark time but I had a really good friend to help me out,” Briggs said. “I was trying to capture the moment and her in the song, and how much my friend really means to me.”

It only took Briggs about 15 minutes to write the song, she said. Listen to “Silver Rings” below.

Briggs hopes to take another big step forward in her music career in the next couple of years. She wants to put together an EP full of all the songs she’s written and released, followed by a studio album. She plans to go back to the studio in February to record more songs.

For now, she’s balancing her budding music career with her schoolwork -- which, at times, can be stressful, she said.

“There’s a lot of work that gets put into both. While I’m doing my homework and work for school, I have my whole work week filled with that,” she said. “But, because music and writing are very cathartic for me, it’s definitely one of the things I use to help me out throughout the day, and just to do at night, or on the weekends.”