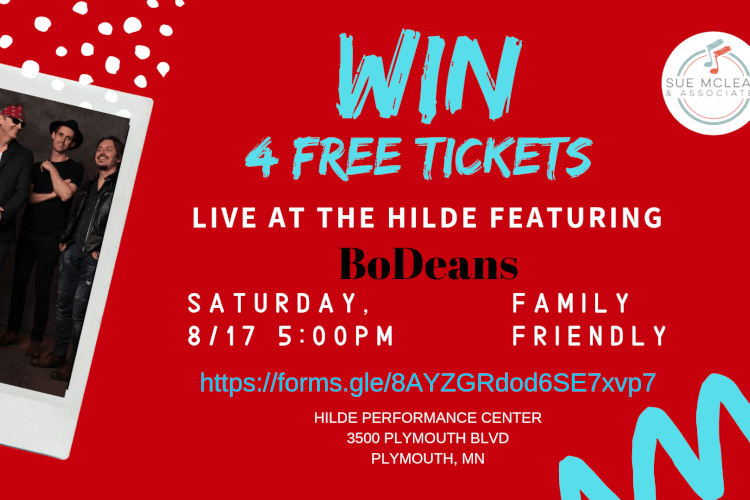 After multiple chart-topping radio singles and TV placements, BoDeans have defined a generation that embraced songs like “Good Things,” “You Don’t Get Much,” “Idaho,” “If It Makes You,” “Closer to Free,” “Stay” and “All the World.” BoDeans signed their first recording contract with Slash/Warner Brothers Records in 1985 and their debut record, “Love & Hope & Sex & Dreams” was released May, 1986. Since then, they have released 12 studio albums with ten records that hit the Billboard Top 200 Chart and numerous singles on the Mainstream Rock, Top 40 and Triple A radio charts. BoDeans reside in a small group of bands that have managed to survive the ups and downs of the industry, remaining true to their sound and their style, for 30 years, and show no signs of slowing down.

About Live at the Hilde

Tickets are courtesy of Sue McLean and Associates. They hold no cash value and may not be substituted for another concert.

Winner will be chosen at random on August 1, 2019, notified by email and confirmed by phone. If the winner doesn't respond within 48 hours we will draw another winner.