It's Rocktober! Enroll before October 31 and save $50! 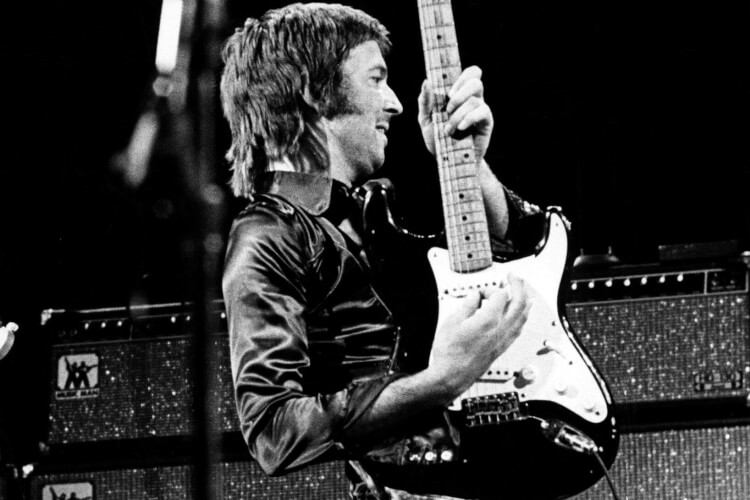 Guitars Are Back, Baby! 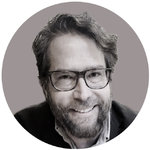 Not so long ago, things didn’t look so great for the guitar, that global symbol of youthful freedom and rebellion for 70 years running.

With hip-hop and Beyoncé-style spectacle pop supposedly owning the hearts and wallets of millennials and Generation Z — and so many 20th-century guitar deities either dead (Jimi Hendrix, Kurt Cobain) or soloing into their 70s (Eric Clapton, Jimmy Page) — electric guitar sales had skidded by about one-third in the decade since 2007, according to Music Trades, a research organization that tracks industry data.

Gibson guitars, whose celebrated Les Paul line had helped put the Led in Zeppelin, was sliding toward bankruptcy.

All of this was enough for The Washington Post to declare the “slow, secret death of the six-string electric” in 2017. That same year, even Mr. Clapton himself, known simply as “God” to devotees more than half a century ago, sounded ready to spread the ashes. “Maybe,” he mused at a 2017 news conference for the documentary “Eric Clapton: A Life in 12 Bars,” “the guitar is over.”

A half-year into a pandemic that has threatened to sink entire industries, people are turning to the guitar as a quarantine companion and psychological salve, spurring a surge in sales for some of the most storied companies (Fender, Gibson, Martin, Taylor) that has shocked even industry veterans.

“I would never have predicted that we would be looking at having a record year,” said Andy Mooney, the chief executive of Fender Musical Instruments Corporation, the Los Angeles-based guitar giant that has equipped Rock & Roll Hall of Famers since Buddy Holly strapped on a 1954 sunburst Fender Stratocaster back in the tail-fin 1950s.

“We’ve broken so many records,” Mr. Mooney said. “It will be the biggest year of sales volume in Fender history, record days of double-digit growth, e-commerce sales and beginner gear sales. I never would have thought we would be where we are today if you asked me back in March.”

It’s not just graying baby boomer men looking to live out one last Peter Frampton fantasy. Young adults and teenagers, many of them female, are helping to power this guitar revival, manufacturers and retailers said, putting their own generational stamp on the instrument that rocked their parents’ generation while also discovering the powers of six-string therapy. 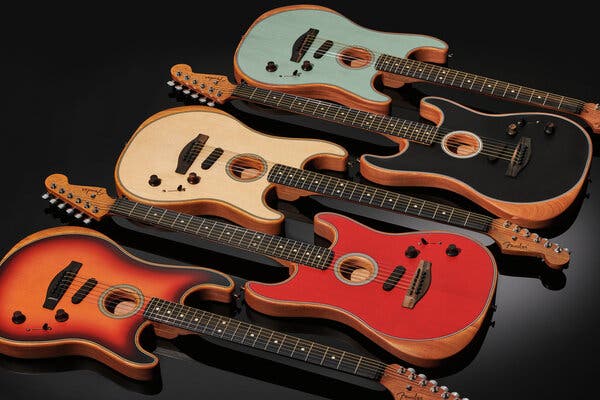 Playing Away the Blues

It all started with a collective breaking point, according to Jensen Trani, a guitar instructor in Los Angeles whose thousands of instructional videos on YouTube, he estimated, have attracted some 75 million views over the past 14 years.

“There was this point with my students where I could tell that numbing out on Netflix and Instagram and Facebook was just not working anymore,” Mr. Trani, 38, said. “People could no longer go to their usual coping mechanisms. They were saying, ‘How do I want to spend my day?’”

For many, apparently, the answer was “strumming.”

Shortly after stay-at-home orders were announced in the spring, Mr. Trani saw a surge of traffic for his videos, he said, and quickly tripled his number of private students taking lessons remotely. Popular instructional sites like JustinGuitar.com and GuitarTricks saw similar spikes during the spring.

And most of the new students were not looking to rekindle memories of Foghat live in 1976. Most of them probably did not know who Foghat was, given that the majority of Mr. Trani’s new students were, as he put it, female-presenting people in their late 20s or early 30s.

The biggest names in the business of online guitar instruction were seeing a similar pattern. Fender said that its guitar-instruction app, Fender Play, which features Mr. Trani as an instructor, saw its user base shoot to 930,000 from 150,000 between late March and late June, with a considerable assist from a three-month promotional giveaway.

In a narrow sense, the surge made sense. Prospective players who had never quite found the time to take up an instrument suddenly had little excuse not to. As James Curleigh, the chief executive of Gibson Brands, put it: “In a world of digital acceleration, time is always your enemy. All of a sudden time became your friend.” 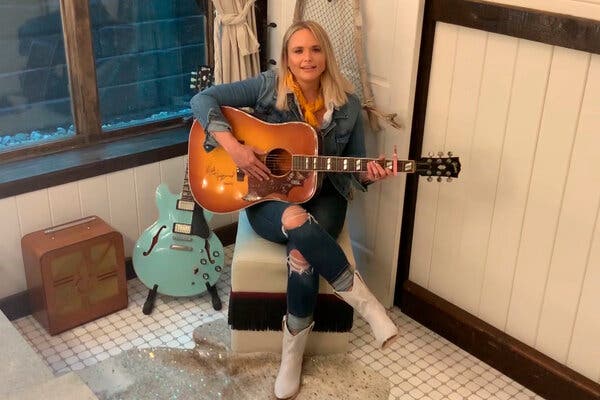 But there was more to it, Mr. Trani said. Many newcomers to the instrument seemed to be looking for an oasis of calm in a turbulent world. “There is,” he said, “this sense of learning how to sit with yourself.”

That was the case for one of his new students, Kayla Lucido, 31, of San Jose, Calif., who decided to make good on her longstanding ambitions to learn guitar in March, despite a frenzied schedule juggling remote work as a project coordination manager at a technology company and parenting duties for her 17-month-old son.

“It’s been quite healing for me, learning something new, and being able to drown everything else out,” said Ms. Lucido, who has been plucking out songs like “Beautiful Stranger” by Halsey or “Bluebird” by Miranda Lambert, even for 10 minutes each day.

“You just really have to focus on your hand placement, the chords you’re playing, then pairing that with the strumming,” she added. “If I’m working out, my mind still wanders, but when I’m playing guitar, I just get lost in it. It’s like meditation.”

No wonder. Learning guitar, or piano, or oboe or bassoon, benefits the brain on profound levels, according to Daniel Levitin, a neuroscientist, musician and the author of the 2006 New York Times best seller “This Is Your Brain on Music.” (Many psychological studies have shown the therapeutic benefits of playing an instrument, as well.)

The process, Dr. Levitin wrote in an email, is “neuroprotective” in that it “requires that you grow new neural pathways — something you can do at literally any age.” He added that “using your brain for something that is challenging, but not impossible, tends to be rewarding, and hence comforting.”

Learning the guitar, he wrote, is also a forward-looking process, kindling hope and optimism, which helps regulate stable mood chemicals like serotonin and dopamine.

And “there is a very real sense of mastery and accomplishment,” Dr. Levitin said. “I’m working on a Chopin piece on the piano right now — the Prelude in E minor — and I keep reminding myself I’m putting my fingers in the same configurations that Chopin did. For a few minutes, I can be Chopin.”

“The same,” he added, “holds true for Clapton when I play guitar.”