WINTER SPECIAL! SUMMER CAMPS ON SALE THROUGH FEBRUARY 28....20% OFF! USE PROMO CODE WINTER22 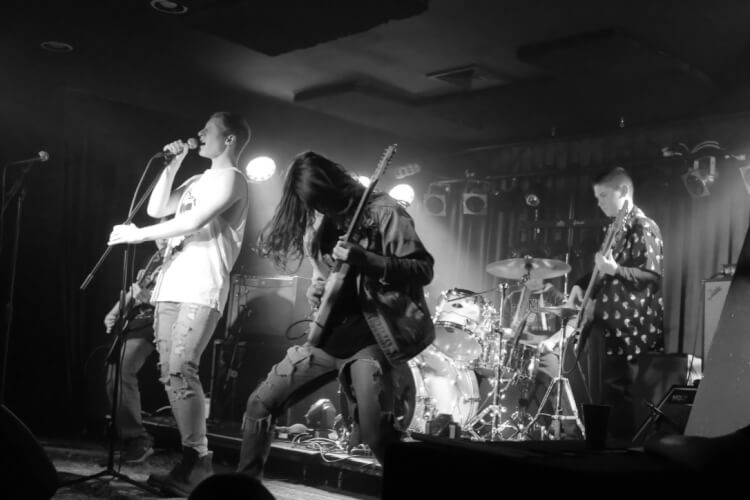 While the past several months have proven challenging and School of Rock has shared many of the same hardships as other businesses across the country, it has persevered and continued to offer quality music lessons and performance opportunities.  By introducing School of Rock Remote last summer, the school added choices for students to learn music from the comfort and safety of their homes.  School of Rock Doylestown is slowly recovering from the effects of this past year and the future looks bright!

School of Rock Doylestown introduces five new instructors to our community of musicians!

Adam Howell:  Adam Howell was born and brought up near London in the UK, moving to the US many years ago. Following some early success playing drums with local bands around London, he moved to the support side of the business, doing tour and stage management for many artists including Queen, Paul McCartney, Glen Campbell, Liza Minnelli and many others.

After arriving in the US, Adam pursued a corporate career and in 2015 renewed his focus on playing drums, since when he’s worked with several local bands with styles ranging from rock to country to heavy metal. He’s currently involved with a Stevie Nicks/Fleetwood Mac tribute band based out of Lancaster PA.

Adam Pierson: Adam is an established and well rounded drummer/percussionist. He has been performing and playing for over 18 years. From Langhorne PA, Adam studied music at Bucks County Community College and has achieved his Bachelors of Music at West Chester University. During his time at BCCC and West Chester, he has played in many jazz ensembles, jazz trios and percussion ensembles. He also played for the West Chester University orchestra, concert band and marching band. Adam has been a member of seven different bands and has played many different styles of music such as rock, jazz, folk, alternative etc. He is currently playing with two local Philadelphia bands. He has had the privilege of studying with David Nelson of the Philadelphia Orchestra. He has had the pleasure and opportunity to study with Joe Morello.He’s recorded albums, demos and other projects. He currently tours with the nationally acclaimed tribute band Think Pink Floyd. He has opened for Sebastian Bach of Skid Row. He is currently performing with the highly talented original band known as The Zeke Sky Band. They have been performing along the entire east coast. They have performed with the national act King’s X. They have also performed with national acts such as Tantric, Brian Quinn (Candlebox), Danny Beissel (Featherborn fosterchild), and Brian Bortnick (Octane). They were also offered to perform with Alex Skolnick from the national act Testament and Stu Hamm. In October 2020, The Zeke Sky band was featured in The Rolling Stone (India) discussing the band, their new music video and their new upcoming album that will be premiering in 2020.

Eugen Ruzickij:  Eugen started playing guitar when he was 15, growing up in a town outside of Dusseldorf Germany. He always knew he wanted to rock, but decided to study acoustic guitar for 2 years first. This led to the discovery of a love for all things folk and fingerpicking.

At the age of 19 he started writing and performing original music with his first band.  He  also wanted to take a look behind the curtain and decided to start an apprenticeship as a concert promoter and booking agent in Cologne.  Eugen opened a booking agency specializing in everything metal. One day, while on tour with the Andre Rieus Orchestra and the Harlem Gospel Choir, he found himself in a venue of 20,000+ people. It was at that moment he swore to himself he would always work with music, be it in front, on stage or behind it.

Eugen has toured with artists like Simply Red, Foreigner, Peter Maffay, Die Toten Hosen and many more all across Europe.  He is a graduate of the "Professional Program" of Germany's prestigious MMS, and has attended workshops with Mika Tyyskä (Mr. Fastfinger), Thomas Blug ("Fender Strat King of Europe" Award Winner), Ace (Skunk Anansie), Mattias Eklundh and many more.

Ten years later he booked, organized, worked as a merchandising manager and played over 120 concerts with his band "Me And My System" whose singer was a finalist on Germany's Got Talent. Last year, Eugen moved to the US to marry his wife and start his music career here.

Ryan Paolilli:  Ryan Paolilli is a professional session/touring drummer and educator. He has been playing drums for 20 years, touring for 10 years, and teaching for 12 years. He is currently the drummer for Philly-based touring act Kaonashi, and legend goth rock band, Christian Death.

Tony Billings:  Tony Billings is a guitar and bass teacher from Baltimore, MD. He moved to Philadelphia in 2019. Inspired to play guitar by watching his uncle as a young toddler, he’s been an avid fan of music all of his life. He first picked up the guitar at 13. While rock and metal have been his primary areas of interest, he developed a strong love for classical and jazz while studying music at Carroll Community College in Westminster, MD. After performing and touring in local bands for a few years, he continued touring the U.S. as a guitar technician for bands like Texas in July and The Ghost Inside. He strives to inspire and help upcoming generations to become the best they can be on their musical journey.

School of Rock Doylestown is still hiring.  We searching for intermediate/advanced Keys (Piano) Instructors.  If you are interested in joining our team please email Melanie Boyd, General Manager.  For more information about School of Rock’s Performance Based Music Lessons, visit our website.