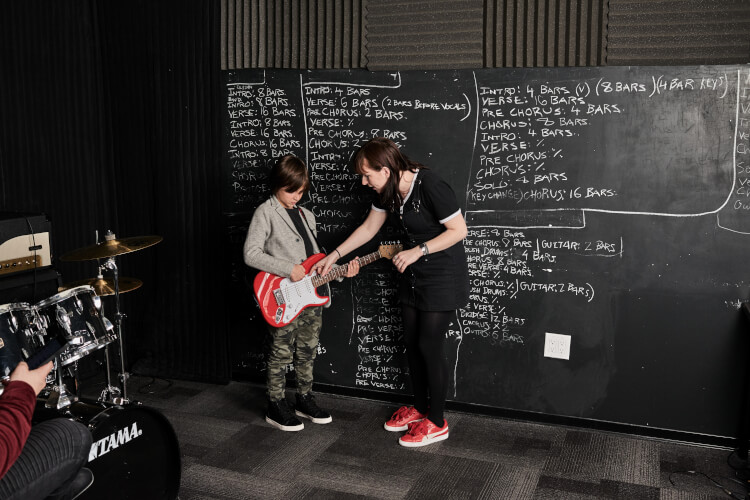 Jake's Take: The Falling Tree in an Empty Forest Makes No Sound

One day in a high school philosophy class, my teacher posed a question that I’d end up thinking about a lot;  “If a tree falls in an empty forest and no one is around to hear it, does it even make a sound?” This question struck me, not because of the profound depth of the quandary, but because there is an answer to that question - and it’s simpler than you might think.  To get to the answer to this question, let’s ask another one first. What is sound?

The key point here is perception.  Without anything to perceive those vibrations,  they remain exactly that - just vibrations. It takes a system to interpret those vibrations to really create “sound.”So the answer to our tree question is simply no.  The tree doesn’t make a sound when it falls, it makes vibrations in the air, and if there’s nothing to encounter those vibrations, they are not in fact sounds.  Does it all feel a bit pedantic? Perhaps. Have I missed the bigger philosophical point of about observation and existence? Most likely. But I am technically correct.

I wanted to start this article with the aside about the falling tree to simply illustrate that to many of us, sound is a relative mystery.  We experience it every day, many of us spend loads of time thinking about music - an art form wholly dedicated to the manipulation of the medium of sound - yet we’re woefully unfamiliar with the actual details of sound and music.  So, intrepid reader, I’ve compiled some of my favorite questions about music that we can answer with science.

Why do some pairings of notes sound good, while others sound bad?

It doesn’t take long plunking around on a piano to discovery that some notes sound good when you hit them together, and some do not.  The music theory answer is that some note pairs are consonant (good sounding) and some are dissonant (harsh sounding), but if we go one step deeper, we find that consonance and dissonance is rooted in math.

What defines a pitch is what frequency the instrument is vibrating at.  Faster vibrations we hear as higher pitches, and slower vibrations as lower pitches.  The unit that we use to talk about speed of vibration is Hertz (Hz), which you can think of as cycles per second.

To make the numbers pretty, let’s consider a pitch that is 100Hz, which is just sharp of a G2, but let’s just call it G for now.  The most consonant pitch with the G is going to be other Gs, so what frequency do those vibrate at? Well, all octaves are going to vibrate in 2:1 ratios with one another.  So if G2 is 100Hz, G3 is going to be 200Hz, G4 is 400Hz, G5 800Hz and so on. The reason why these notes sound so consonant, so stable, is because they’re vibrating very similarly to one another - they sync up fairly regularly.  The next most consonant interval we have would be a 5th, so a G and a D together. 5ths oscillate at 3:2 ratios. So the D above our 100Hz G would simply be 150Hz. We hear these nice clean ratios as consonance. To go down the line, 4ths vibrate at 4:3 ratios, major 3rds at 5:4 ratios, minor 3rds at 6:5s - but then things get wonky and we run into the issue of musical temperaments which involves a whole lot of musical scholars getting very heated about very small differences in tunings - which we’re going to avoid for today.

In contrast, the most dissonant intervals are the ones that have the least in common as they vibrate.  The tritone, or flat 5th interval, vibrates at an 11:8 ratio. The minor 2nd vibrates at 256:243 ratio - which makes sense why it sounds so tense, because those two vibrations will very rarely sync up.

To simplify - notes sound good together when they vibrate at similar ratios to each other, but as those ratios become dissimilar the sound becomes more coarse.

Why do different instruments sound different even when playing the same notes?

Once students know a little bit about pitch and frequencies, this is normally their next question.  If an A is vibrating at 440Hz, then why does an A on a trumpet sound so different from an A on a saxophone?  They’re both vibrating at 440Hz - so shouldn’t they sound the same? What we’re getting at here has a two part answer.  One part is that different instruments have different ways that they react over time to a note being played, the second is that inside each vibration there exist sub-vibrations that we refer to as the overtone series.

Each instrument has a unique pattern that the note will develop over time.  Plucked instruments have a rapid beginning to the note, then immediately start to decay. Bowed instruments can fade notes in and can sustain them as long as the player chooses.  Once you get to electronic instruments, we can choose every aspect of how a note develops the longer its played. The way that we conceptualize this is with 4 terms, Attack, Decay, Sustain, and Release, typically abbreviated ADSR.  Attack defines how a note begins - does it gradually fade in, or does it start abruptly?  Decay is how a note fades after that initial hit - think of the sound of hitting a drum, how does the note fade out, crisply or subtly? Sustain is how a note lasts on instruments that can keep powering out notes after the initial onset.  Woodwinds, brass, bagpipes, organs - all of these instruments will have different qualities to their sustains, where things like drums and plucked string instruments don’t typically have ways to prolong that sustain. Release is how the note fades out after whatever sustaining action has been stopped.  Does is stop immediately, or does it continue to reverberate? ADSR is a handy set of vocabulary to help us define how sounds change over time.

In addition to ADSR, each instrument also produces a unique set of sub-vibrations in each note, which we refer to as overtones.  The idea of overtones is that if a note is played at any frequency, there are also small amounts of vibrations at doublings of that frequency.  So a note at 100Hz has a little bit of 200Hz, 300Hz 400 Hz… and so on. The different strengths of those overtones creates a unique quality of sound, which we can refer to as timbre.

A really cool demonstration of overtones is a drawbar organ, where each drawbar simply controls the strength of each overtone.  If you play a note and pull bars out one by one, you’ll hear those overtones being added as individual notes being stacked above the original note, but if you choose how you want the bars to be adjusted and then play a note, you don’t hear it as a combination of overtones but as one unified sound.  It’s a near-perfect demonstration of this concept and very cool aural phenomena - if you ever come across a drawbar organ in the wild, I highly recommend checking it out.

I hope I was able to pique your curiosity about some of the inner workings of sound with this article!  If you have more questions, or would like to chat about any of this stuff, as always feel free to email the school or swing by and say hey.