Find the latest news about School of Rock Calgary South. Read news stories about our students & faculty in Calgary, check out what alumni are up to, watch videos and more. 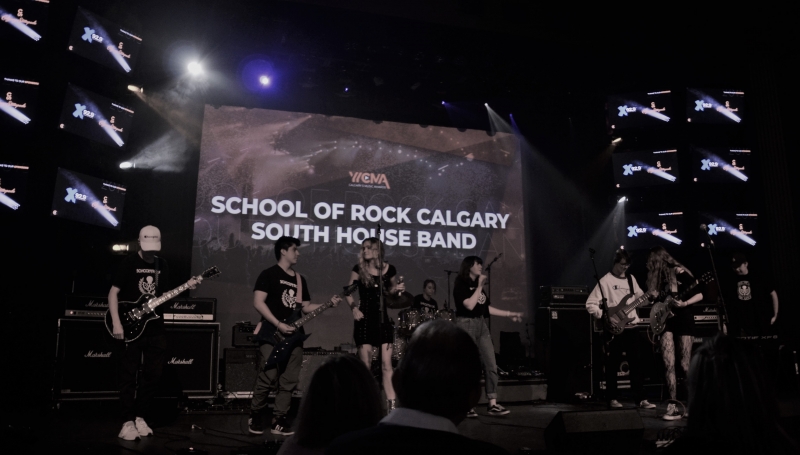 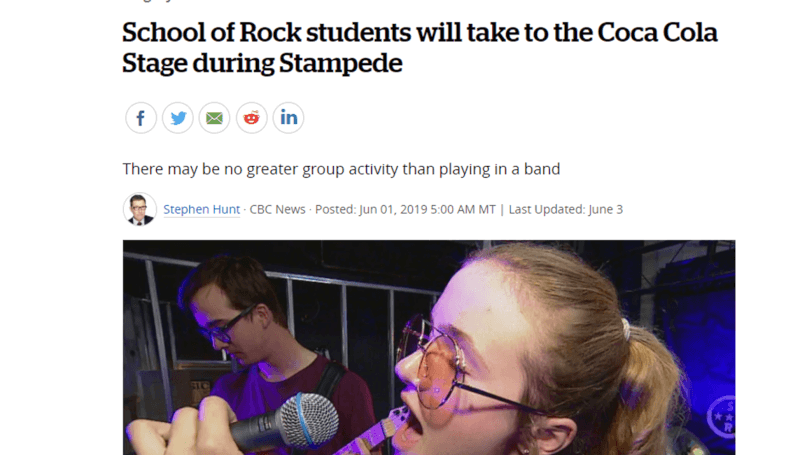 School of Rock teaches kids how to transform into guitar heroes

There may be no greater group activity than playing in a band. Mack Shaw wants to grow up to be a shred goddess — and thanks to the School of Rock, that may not be an impossible dream. Shaw is one of the students at the School of Rock's Calgary South location. The school offers musical education for everyone from beginners to budding legends, from the age of five to adults looking to fulfill a life's dream of playing in a band. What separates School of Rock from other music programs is that it teaches songs first, says co-owner Paul Toth. "We teach songs for people to learn how to play music," Toth said, in an interview with CBC's Monty Kruger. "They learn theory from that." The difference, at School of Rock, is that things go very quickly from theory to practice, when bands find a room to perform in front of an audience — an experience that's often as unforgettable for audience members like parents and friends as it is for the musicians themselves, Toth said. "When they actually get in front of people, the energy that the crowd delivers to them as they're playing really opens them up and they become this incredible thing to watch. "And for the parents watching, it's almost like, I can't believe little Johnny can play," he said. School of Rock students will take to the Coca Cola Stage during Stampede WATCH: https://www.facebook.com/cbccalgary/videos/346763835861917/