WE WILL MATCH ANY SCHOOL OF ROCK PRICING! Enrolling Now! 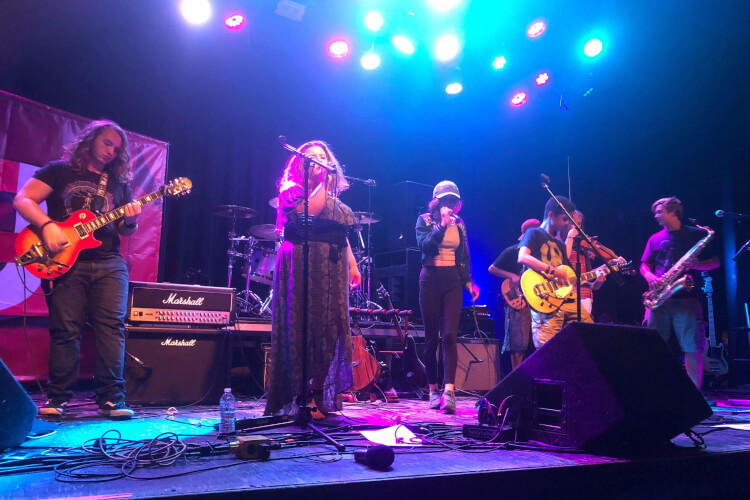 For our Performance Program participants, our members will have a choice of the following rehearsals. Rehearsals start the week of May27th, 2019. We will be enrolling through Mid August if groups allow. Shows are set for weekends of 9/20-9/21/19.

Southern Rock is a celebrated subgenre that's the perfect blend of rock and roll, Country, Americana, and Blues. Southern Rock is an awesome educational experience with great parts for all instruments. We will be looking at groups and artists like Allman Brothers, ZZTop, Lynard Skynard, Tom Petty, Dixie Chicks Stevie Ray Vaughan, and Marshall Tucker Band.

In Honor of their upcoming 2019 induction into Rock and Roll's Hall of fame, this summer we will celebrate Radiohead! Radiohead emerged in the 1990s as torchbearers of the progressive rock tradition and have threaded the needle between innovation and popularity. Radiohead is an English rock band consisting of Thom Yorke, Jonny Greenwood, Colin Greenwood, Ed O"Brien and Philip Selway. In 2009, Rolling Stone readers voted Radiohead the second-best artist of the 2000's.

The Guitar Hero, the most rock and roll video game of all time, became a cultural phenomenon by incorporating rhythm-based controls to a killer soundtrack of Rock music. The first Guitar Hero game launched in 2005 and since that time has touted one of the most impressive playlists with artists like Jimi Hendrix, Franz Ferdinand, AC/DC. Smashing Pumpkins, Heart and so much more. This show will honor the very best and many favorites of this longstanding popular game! Guitar Hero comes alive!